Hydrocephalus is a disease with a desperate need for a cure — the condition affects more than one million Americans, costs the U.S. more than $1 billion per year, and though it afflicts people of all ages, has long maintained its infamous position as the number one cause of neurosurgery in children.

Nevertheless, hydrocephalus treatment hasn’t seen a major innovation in more than 60 years. The most common treatment (a neurosurgically implanted “shunt” device) has seen more than 200 patented modifications since the 1960s, none of which has ever been shown to improve clinical outcomes.  Even now, devices fail up to 50% of the time within two years!  Clearly, we are in need of a fundamentally new approach to treatment for this disease. To this end, Team Hydro is committed to supporting efforts with promise to cure this illness through radically innovative approaches to therapies.

And it’s hard to be much more innovative than Dr. Yan Ding, PhD! 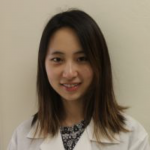 Dr. Ding is the recipient of a 2017 Innovator Research Grant, sponsored by Team Hydro in conjunction with the Hydrocephalus Association.

Dr. Ding’s research is exploring a component of the human neurological system that wasn’t even known to exist until 2014. This recently discovered system, known as the glymphatic system, mediates the absorption of cerebrospinal fluid (CSF, a.k.a. the “hydro” that builds up in hydrocephalus), and as such is an extremely exciting area for those of us interested in hydrocephalus.

Dr. Ding was kind enough to chat with us recently about her work.  Among other things, she explained why it is that the glymphatic system is particularly promising in infants who (like Kate, Team Hydro’s original inspiration) develop hydrocephalus after “brain bleeds” called germinal matrix hemorrhages:

In adults, CSF is mainly reabsorbed through [microscopic vessels called] the subarachnoid villi. However, subarachnoid villi are sparsely distributed and underdeveloped in infants. The exact mechanism remains largely unknown, and researchers are speculating that the newly discovered glymphatic system might play a more important role in CSF drainage in infants. My research funded by this award is to first establish the important role of the glymphatic system in neonatal CSF reabsorption and identify how germinal matrix hemorrhages impair its function on the protein level.

Dr. Ding and her supervisor, Dr. John Zhang, MD, PhD are uniquely well positioned to explore these questions and link them to new therapies.

Our previous research has made a connection between astrogliotic scarring around the ventricular area and the reduced CSF reabsorption. Thus, I will try to use an anti-scarring agent to reduce the scar tissue formation and restore CSF reabsorption through the glymphatic system in post-hemorrhagic neonates.

In doing so, my research goal is to further elucidate the formation of PHH in the context of GMH and to seek pharmacological therapeutic targets.

How is this previously unknown glympathic drainage system involved in hydrocephalus?  Can we use drugs to strengthen the glymphatic drainage and prevent or treat hydrocephalus non-invasively?  All of these are open questions, but we couldn’t be more excited to support Dr. Yan Ding in figuring them out!