Hydrocephalus is a condition affecting the brain which develops when complications of a medical condition (like a stroke, tumor, head injury, or even an unknown event), cause fluid in the brain, called CSF, to build up in and around the brain to a dangerous level.

When  too much CSF builds up in the head, it typically causes spaces inside the brain (called ventricles) to enlarge, putting pressure on the brain. As the pressure inside the skull continues to increase, terrible headaches, sleepiness, paralysis, dementia, and other difficult symptoms occur. Left untreated, the pressure causes severe headaches, coma, and death.

Some people are born with hydrocephalus, while others develop hydrocephalus as a result of brain injury suffered from head trauma, stroke, or brain tumor. Some people develop the condition as they grow older for unknown reasons.

How is hydrocephalus treated?

The most common treatment remains the surgical insertion of a device, known as a shunt, into the brain to help drain excess fluids into other parts of the body.

Imagine having to undergo brain surgery every few years or more, just to stay alive!

How did Hydrocephalus get its name?

The  term hydrocephalus is derived from the Greek words “hydro” meaning water, and “cephalus” meaning head. Hydrocephalus occurs when an abnormal amount of fluid exists in the head.  The fluid which causes hydrocephalus is not really water however, but a liquid called cerebral spinal fluid (CSF).  CSF normally exists in the brain and spinal cord of all people.  People need CSF, as it performs many important purposes in the body, but unfortunately, having too much CSF can make a person very sick, or even die.

Usually the body is capable of making sure just the right amount of CSF is present in the head/brain at all times. But sometimes a person has a condition which prevents the proper flow of CSF from occurring in the brain and spinal cord . When CSF is unable to move through the body normally, too much fluid can become trapped in the brain/skull.  As the amount of fluid increases it causes pressure on the brain which causes the person to develop terrible headaches and other symptoms.  Without urgent treatment to correct the problem, a person affected with hydrocephalus will likely die.

They are wonderful vibrant human beings trying to live happy productive lives just like you.  But they live with uncertainty every day knowing that at any moment their shunt could fail requiring immediate surgery.

People with hydrocephalus often suffer daily headaches and other symptoms (seizures, memory loss, motor impairment) despite their shunt working–it is just so hard to manage the pressure in the head to comfortable levels–another reason why more research and treatment options are so desperately needed!

Due to the life-long uncertainty and frequent complications of current hydrocephalus treatments, 60% of children who grow up with hydrocephalus will never live independently.

Why is More Research needed?

Despite the fact that over 1 million Americans currently suffer from hydrocephalus, and  are forced to live with its devastating effects, hydrocephalus remains a relatively under-researched condition.

It is hoped that through additional research, non-surgical options for treating hydrocephalus can be found, and that new cases can be prevented from developing in the first place!!! 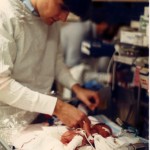 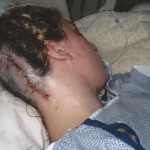 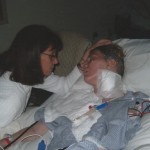 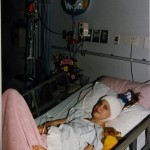