What is Team Hydro?

Team Hydro is a group dedicated to raising awareness about and finding a cure for the life-threatening medical condition known as hydrocephalus.

Team Hydro swims from Alcatraz Island to San Francisco once a year, as well as in other open water swims (including Washington DC, and Boston), to raise funds and awareness for Hydrocephalus Research.  We are proud to report that thanks to volunteers and independent donor support, every penny  received from Team Hydro event donations goes 100% to research!  In addition to raising funds through our open water swims, Team Hydro also works with concerned swim teams, groups and individuals to hold other Team Hydro fund-raisers, and awareness generating events in support of our cause,  including in-pool “Swims for Hydrocephalus”, Summer “Team Hydro Fun Days for Kids”, and “Hydrate for Hydrocephalus” water bottle sales!

Team Hydro is proud to welcome to its ranks ALL Swimmers, Sponsors, and On-Land Supporters of our Cause!  Thanks to you, a CURE for Hydrocephalus WILL be found!!

Team Hydro was founded in 2008 by brothers inspired by the courage of their sister Kate, a hydrocephalus patient, who passed away at the age of 26 on November 27, 2010 from complications of her treatment.  Kate lived in chronic pain associated with her hydrocephalus and underwent over 150 brain-surgeries in attempts to live with her condition.   Despite her struggles, Kate filled the lives of those around her with hope, love, and gratitude until the day she passed.

Frustrated by the outdated treatments and lack of awareness and research regarding Hydrocephalus, the brothers decided to turn their concern and feelings of helplessness into action. With the help of friends the brothers formed Team Hydro and began swimming in the Sharkfest Escape from Alcatraz Open Water Swim to raise money for Research.  The Team worked and grew for several years, and just months before Kate’s death, Team Hydro raised enough funds to sponsor the first ever, Team Hydro/Kate Finlayson Research Grant.

Today, Team Hydro continues the fight against Hydrocephalus in  in honor of Kate and ALL others who suffer from and seek to live with hydrocephalus.  We humbly accept contributions in support of future research to ensure that one day a cure for hydrocephalus WILL be found!  Team Hydro has no paid staff.  The Finlayson Family, along with other volunteers and like-minded individuals donate their time and support to ensure all TeamHydro expenses are underwritten, so that every penny donated to Team Hydro Events go directly and completely to Research!!

Team Hydro works closely with the Hydrocephalus Association to ensure that all research we sponsor meets the highest standards and is proud to support research generated through the HA’s fine research programs.  Each grant application is reviewed by a panel of doctors, researchers, and other neuroscience experts before it is even considered for funding.  Check out some the projects and that Team Hydro is currently funding on our research page!

Team Hydro thanks each and every Swimmer, donor, and on-land supporter, for your dedication, encouragement and support!!

To Join Us as a Swimmer–check out the pages describing our Swims and sign up!  Feel free to email us:  info@teamhydro.org

Why are Team Hydro Swimmers willing to jump into the water to promote Hydrocephalus Research?!

…People “survive” cancer, stroke, and traumatic brain injury, only to later DIE from resultant hydrocephalus.
…60% of children diagnosed with hydrocephalus will never live independently!
…1 in 3 shunts (the most common form of treatment) will fail within a year of implantation, requiring more brain surgery to repair/replace the device!
…Up to 20% of Older adults experiencing dementia and thought to have Alzheimer’s, may actually have a  TREATABLE form of Hydrocephalus, misdiagnosed due to lack of awareness!
….Shunt implantations for hydrocephalus are the most common cause of brain surgery in children!
These facts, and more like them, are why we swim!!!
Hydrocephalus remains an incurable and under-researched condition!!
Help us make a difference!
Donate TODAY!

Thank you for helping improve the lives of millions currently living with hydrocephalus as we endeavor to fulfill Kate’s dream that one day, no more people will need to suffer and lose their lives to the difficult, life-threatening, and currently incurable condition!!

Team Hydro–Taking a bite out of Hydrocephalus—One Stroke at a Time! 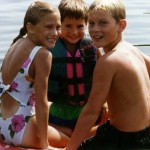 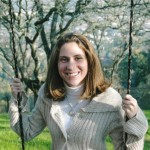 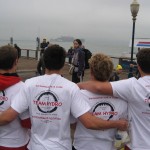