The sun was shining and the skies a brilliant blue as over 50 intrepid Team Hydro swimmers, paddlers and volunteers gathered on the Boston waterfront among 390 other swimmers and their families to raise awareness and funds for hydrocephalus research. 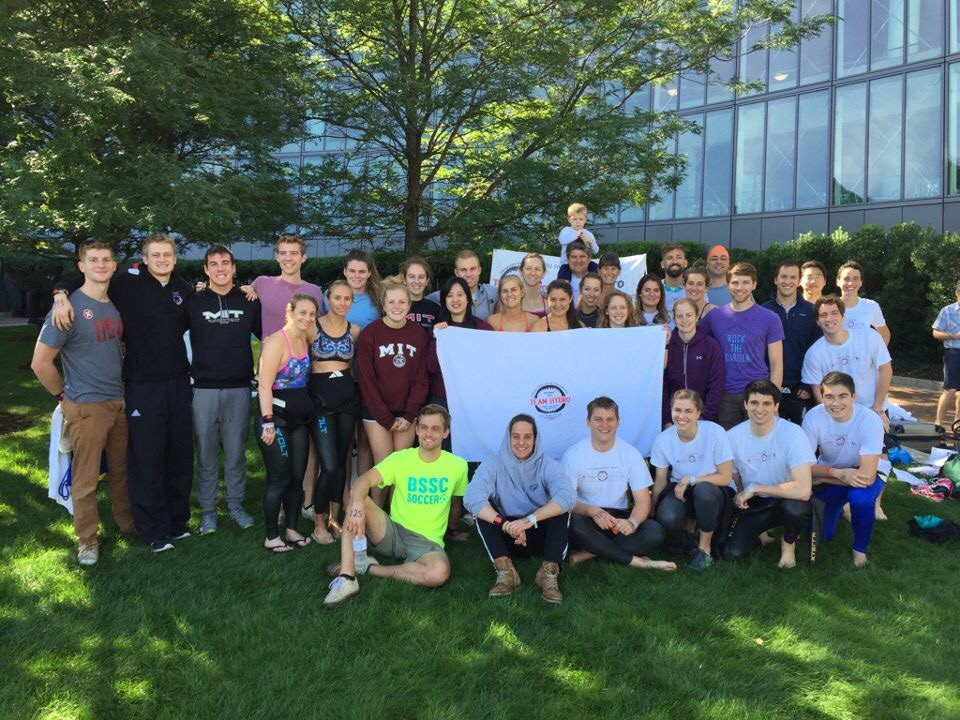 Much like the lives of the hydrocephalus patients we seek to honor, the waters of the harbor were filled with unexpected turbulence and challenge for swimmers and paddlers alike. Undaunted however, Team Hydro swimmers raced to the finish, raising loads of awareness and funds for the cause along the way. The team — consisting of folks from all walks of life: MIT swim team members, Harvard med students, nurses, fathers, grandmas, and even a cerebrospinal fluid researcher — made a real impact at the swim answering question after question about the cause which unites them from the large crowd and group of other swimmers at the event. The swimmers also raised funds, helping Team Hydro raise over $51,000 this summer, 100% of which will go directly to support hydrocephalus research!

Team Hydro swimmers demonstrated the depth of their swimming strength as well by finishing strong in the race as well. One swimmer placed 3rd overall in the event of over 350 swimmers (including an Olympian), several other team hydro members stood on the podium in their age groups as well. The Team Hydro crowd on land was medal worthy as well, keeping spirits high and having a great time greeting swimmers at the finish!

Team Hydro is so proud of each and every swimmer, volunteer, and on land supporter– we thank each and every one who joined us today– a great time time in support of a great cause was had by all!!

« Team Hydro featured in Forbes!
Video on our quest to cure post-hemorrhagic hydrocephalus »