A marine wind advisory and low lying fog may have been enough to force the US coast guard to alter the swim course from Alcatraz today, but NOTHING could stop Team Hydro from swimming in support of hydrocephalus research! United by a great desire to find a cure for this life-threatening condition, dozens of Team Hydro swimmers congregated at Aquatic Park and swam their hearts out for the cause in the annual Sharkfest Swim. 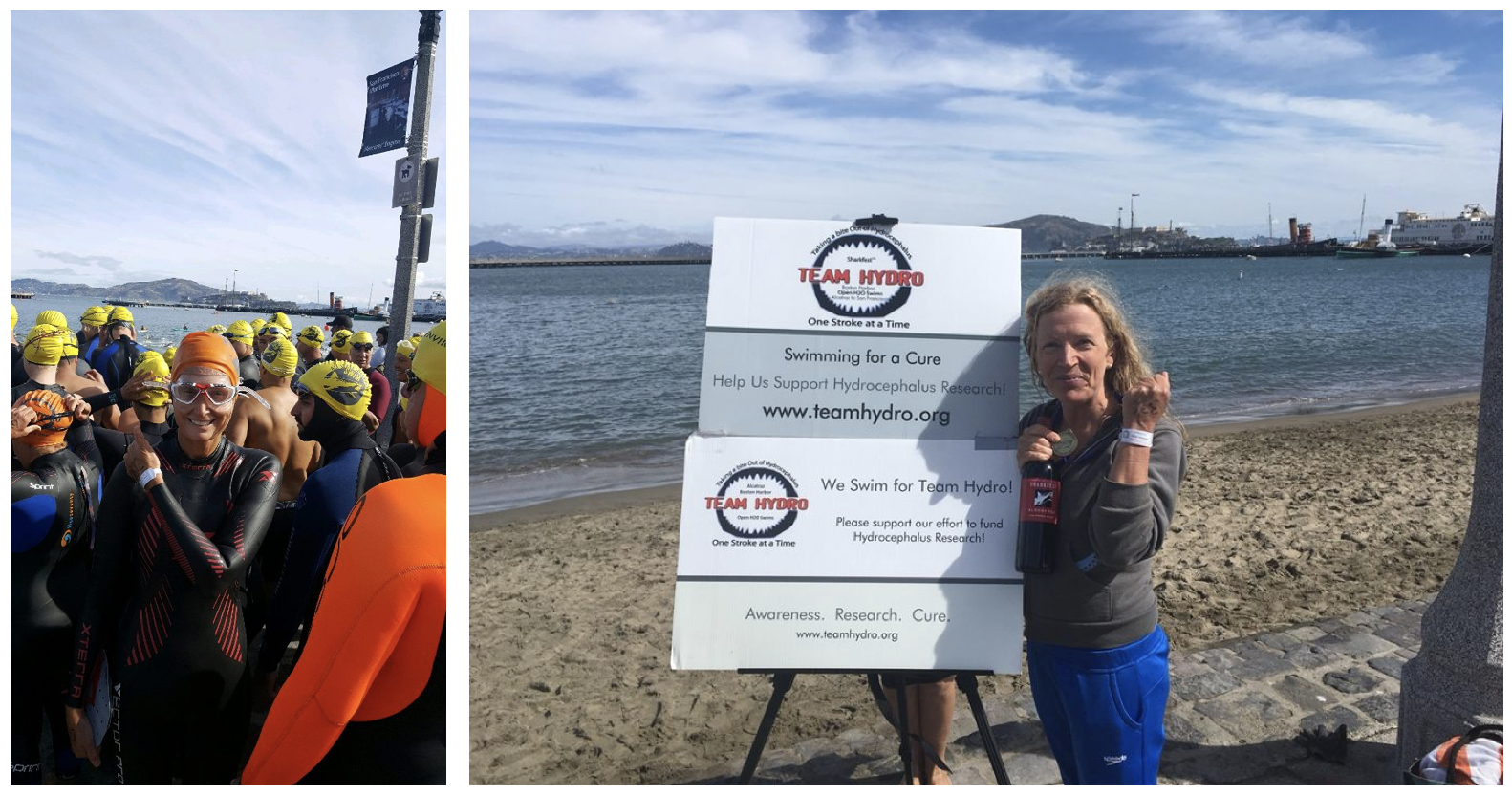 And what a great day it turned out to be!  Team Hydro was recognized by Sharkfest as the charity of the day, and as a result, well over a thousand people in attendance at Aquatic Park learned about the condition called hydrocephalus and the urgent need for continued research.  Team Hydro Founder Peter Finlayson spoke passionately from the podium to the assembled crowd about the condition, receiving a robust round of applause by people touched by the story and mission of Team Hydro.  During the day,  many swimmers and their family members came to the booth to learn more about what we do, and many plan to join the Team Hydro squad in the future. 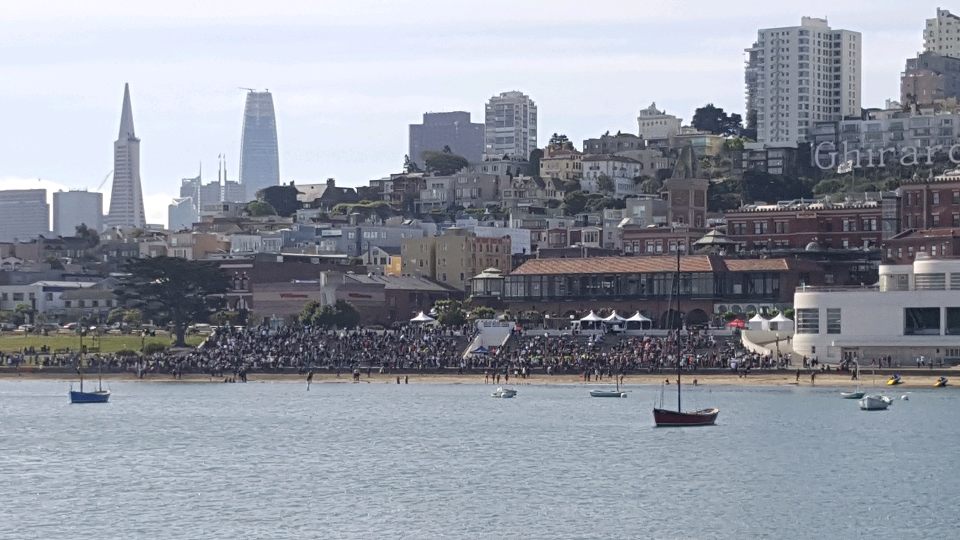 Team Hydro was so thrilled to meet and make so many new friends today, and not just raise funds for research, but also work towards fulfilling our mission of raising awareness for the cause. Many of our swimmers were once again atop the winners podium, and ALL swimmers had a great day! 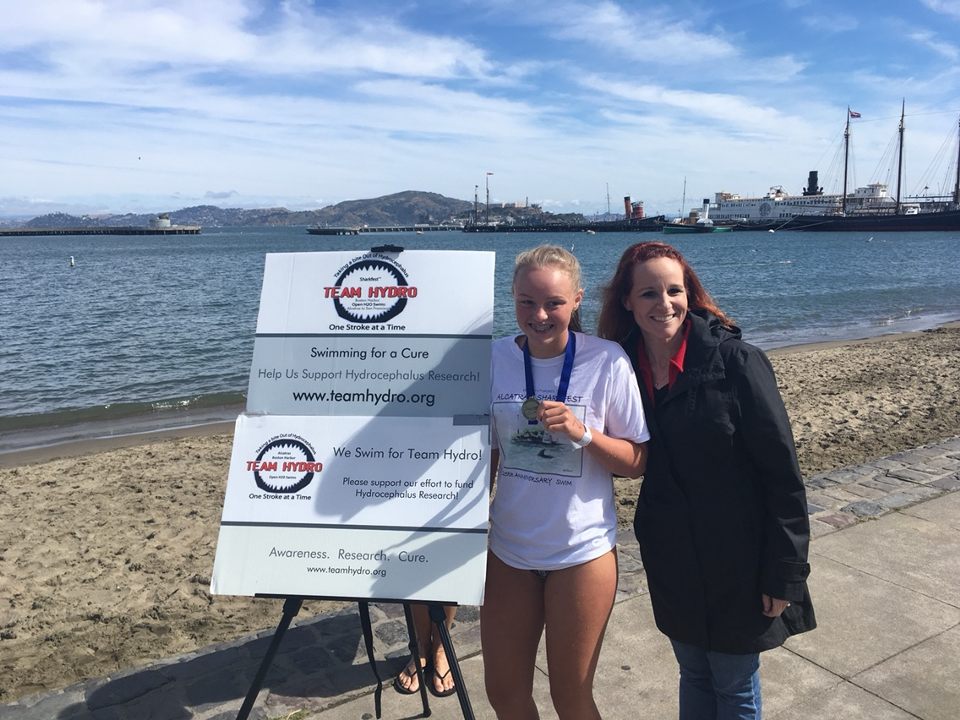 We left the shores of the bay more excited than ever for our next Alcatraz Swim, scheduled for later this summer–on September 1, 2018.
If you are interested in swimming from Alcatraz with Team Hydro, on labor day weekend contact us at info@teamhydro.org. Please note that space is limited! If you want to swim in our Boston Harbor Swim (a Sharkfest affiliated event),  on September 9th, sign up here– don’t forget to click the Team Hydro Box on your registration! 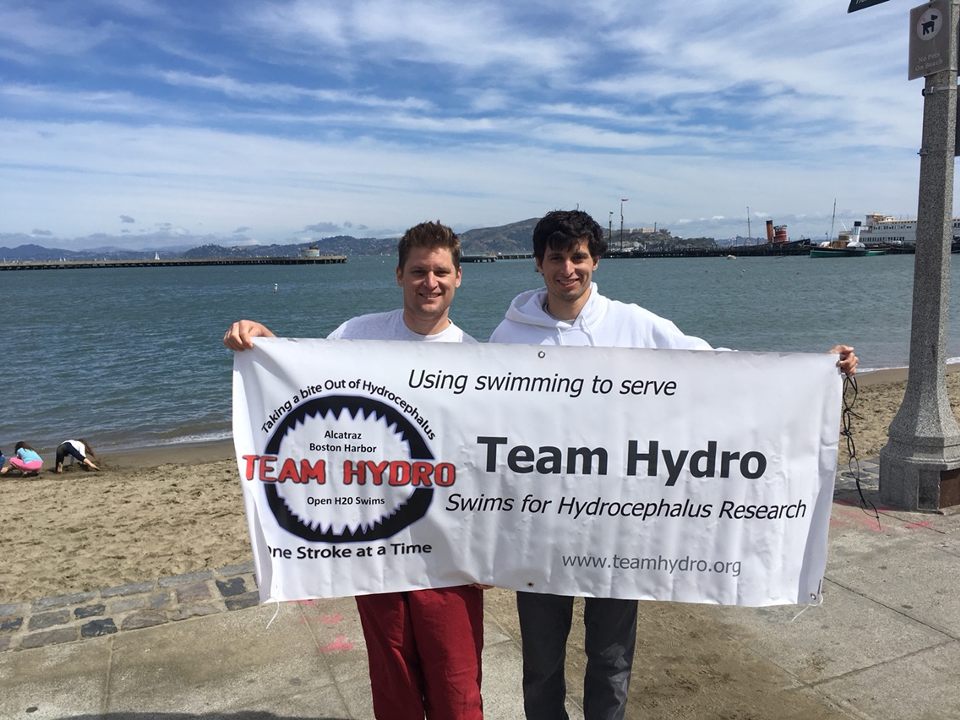 Thank you again to all our swimmers, donors, and on-land supporters!  We are making a difference together, as we work to Fund a Cure!
« Team Hydro Boasts Full Schedule for 2018!
Dolphins “Dash” to Amazing Success! »